Nicolas Zégre - PhD, is an avid river explorer, associate professor of forest hydrology, and director of the West Virginia University Mountain Hydrology Laboratory. Nicolas adamantly believes that the lines between his work life and play life should be fuzzy, and working as a research hydrologist and educator allows him to combine his passions of whitewater kayaking, surfing, exploration of seldom trodden environments, teaching, and sharing the love of water and environmental sciences.  Since the water cycle is global, Nicolas is compelled to travel and follow water from high mountains and streams to the seas.  For more information, see my CV here. 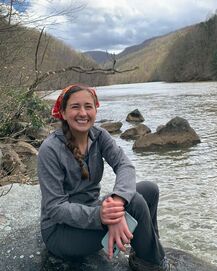 Grace Dever - Grace currently is working on a PhD Geography at WVU and leads GIS efforts of the WVU Center for Resilient Communities  focusing on water justice  is Master of Agriculture student focusing on water security and water justice throughout West Virginia. In addition to working in the MHL, Grace works in the WVU Center for Resilient Communities. He masters work focused on mapping water injustices related to safe drinking water, flood vulnerability, and water affordability across the state. Grace received a B.S. in Environmental Soil and Water Sciences and a Minor in German from WVU. In undergraduate, Grace competed on the WVU Women’s Varsity Rowing team. To be able to connect her research and passion is why she loves working in the Mountain Hydrology lab. Grace grew up in Lakewood, Ohio on Lake Erie. Grace's entire life has revolved around water from a young age spending  most of her time outside, hiking, rowing on a river or lake, or running. Prior to joing the MHL, Grace participated in the Appalachian Food Justice Fellowship and was exposed to many different perspectives on how to address food insecurity. After the fellowship, she began working as an undergraduate research assistant in the CRC focusing primarily on mapping data that was gathered through our research. Also, check out the Story Map that Grace created on Water Insecurity in West Virginia. 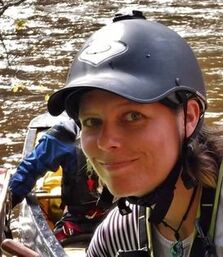 Mel Shafer - Mel is a MS student focusing on analyzing streamflow and climate data as a way to combine her passions for whitewater paddling and promoting West Virginia as a whitewater state. Mel's research in collaboration with the WVU Brad and Alys Smith Outdoor Economic Development Collaborative will be used to develop a sustainable outdoor recreation economy and river conservation in West Virginia and beyond. Mel obtained her undergrad from East Stroudsburg University, focusing in organismal biology and environmental chemistry.  After graduation, she took a job in the pharmaceutical industry out of necessity.  After five years, she decided it was time to pursue her love of conservation, coupled with her passion for whitewater canoeing, and return to grad school.